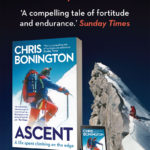 Chris also discusses his first wife Wendy, who tragically passed away after a long battle with motor neurone disease. He has now found love again amidst the sadness and grief; it is a truly inspirational tale.

Ascent is a memoir like no other, from one of Britain’s greatest climbers. Not only is it a cerebral narrative on what it takes to conquer fear, but also how one overcomes emotional obstacles too and rediscover what drives us on to happiness. Read more…

This film looks retrospectively, from Chris’ rock-climbing days in the UK through to visionary ascents on the high peaks of the Himalaya and shares the remarkable and poignant life of one of the world’s best-known mountaineers.

With support from Berghaus For centuries, the sole occupants of the Andamans lived in isolation, a primitive pygmy race with a culture in the Stone Age. To the south are the Nicobar Islands, home to the Nicobarese.

Max Bonington arrived at Port Blair as shipwright and harbour-master (1897). Not a place for the faint-hearted – lethal tribes, escaping convicts, working elephants in remote forest camps, barely-known islands and people – encounters that tell the story of these islands during their era of British control.

Quest for Adventure (Print on Demand) 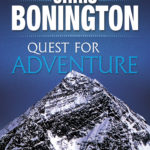 Remarkable feats of exploration and adventure.

The Everest Years (Print on Demand) 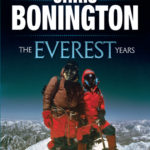 The challenge of the world’s highest mountain.

The Next Horizon (Print on Demand) 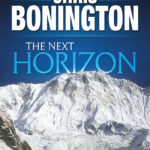 From the Eiger to the South Face of Annapurna.

Once again, long out of print, now printed in India, the story of the first ascent of the South Face of Annapurna.

A DVD, made from the original BBC TV film, of the first ascent of the South-West face of Everest. Four men reached the summit, but the expedition had its tragedies too; the raw emotions of triumph and despair are displayed in this film, which remains fresh and vibrant after more than 35 years.

Long out of print, now printed in India, the story of the historic first ascent of the South-West Face of Everest.

Crawling Down the Ogre

High-quality poster-sized print (59cm x 42cm.Crawling Down the Ogre: Doug Scott and Clive Rowland crawling down the Ogre after Doug broke both his legs.

I Chose to Climb

This is the first volume of Chris’s autobiography, first published in 1966. It tells the story of his introduction to climbing and his growing awareness that he wanted to spend his life climbing, rather than just assigning it to a spare-time hobby. The book ends with the story of the successful ascent of the Eiger, and his departure to Patagonia with his young wife, Wendy.